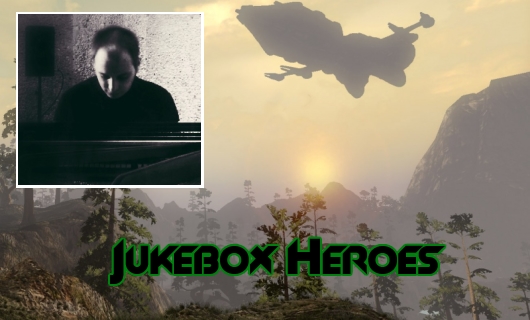 Massively: Even in the far distant future on alien worlds, we’ll still need music. This is why it’s great that Composer Steven Coltart is providing The Repopulation with an original soundtrack, because otherwise the silence would be too much to bear. So Steven, can you tell us a little about yourself?

Steven Coltart: I’m a full-time professional composer based in the UK and was commissioned to be lead composer on The Repopulation in 2013. Previous projects include Outer Empires, the first MMO of its kind created for iOS, which went on to sell over 200,000 copies and boasted the largest ever network of players online at that time. 2014 has seen me complete the soundtrack for a soon to be announced iOS game, and I’m currently putting the finishing touches to US-based sci-fi film Downward. I’ve worked incredibly hard to get to this point, but I’m lucky to have what I consider the best job in the world. Writing music for a living and getting to work with talented developers and producers, it doesn’t get much better for me!

How did you get involved with The Repopulation? What drew you to this project?

I’m a gamer myself, and as a MMO fan, I came across The Repopulation website. I was really impressed and wanted to be part of it. I approached the guys directly via their site asking if they were in need of a professional composer for the game. We had a chat via email; they checked out my online showreel and asked me to compose a single theme for the game under a set deadline. That was my interview. From there I went on to become their lead composer on the project. I guess they must have been pleased; I definitely was! I’m as excited about the game now as I was at the start.

What are some of the unique challenges and opportunities of making a soundtrack for this game?

As I was involved in The Repopulation from an early stage, I scored all my music without gameplay and artwork references. Instead, I composed purely from email description, which was a challenge, but one in which I feel can offer great opportunity to a composer as you have the chance to write something truly original from your own imagination. I enjoyed that! Attention to detail is everything; that’s something I always pride myself on with my work, and I spent a lot of extra time tweaking individual sounds to make sure they blended correctly.

Some composers overlook the importance of the post production stage, but it’s as crucial, if not more so, than composing the music itself. You can have a great theme, but if the production isn’t right, you lose that professionalism. Each project I work on becomes a key part of my life, and I truly become immersed in it. This helps me to achieve music and production continuity, which I feel is important to give the game an overall identity. I chose to select a few musical keys, used the same virtual instruments and same signal chain (mics, preamps, etc.) across my tracks. An interesting uniqueness for me on this project was that besides my commissioned soundtrack, there are contributors who have supplied additional audio content. That’s where my title of lead composer rather than exclusive composer comes in.


How would you describe The Repopulation’s soundtrack?

Memorable, epic, and emotional with a sci-fi edge. Live performance is a must for me, even with virtual instruments, and all my music features live playing rather than pure programming. There has to be a mixture of the two. I play keys myself, and if I get the chance to record live strings, I always do as I feel it adds such great value to a track. I’m actually planning to work on brand-new, extended re-writes of my music from The Repopulation featuring live strings, which I intend to make available online. The original music will be derivative of my The Repopulation soundtrack and not featured in the game itself.

What are some of the motifs and themes that you’ve worked into this score?

My main melodies do not jump too many semitones apart. I remember reading that you can latch onto music much better this way and it helps to create a true catchiness. That’s something that I feel has worked well on this soundtrack, but knowing when to use them and when its better to have something more atmospheric is also key as it’s my job to compliment gameplay, not distract from it.

What are some of your favorite pieces that you’ve written?

My top three are Battle March, Mysterious, and Wastelands. The initial ideas all took less than 24 hours to compose, and sometimes my favorite themes just come naturally. There’s catchiness to Battle March and Mysterious, and I am particularly pleased with the string layers and automation in Wastelands to achieve subtle atmospheric movements.


How did you derive inspiration for this soundtrack?

My music always begins from the piano; sparse emotional or big epic arrangements and my main inspirations for this soundtrack were from the film Avatar and Two Steps from Hell. I wanted a very lush, smooth-sounding production with that sci-fi edge, but more importantly one with memorable melodies. I think there will be one or two of my tracks that are “hum” tracks, and I apologize in advance if you can’t get them out of your head!

What emotions do you want players to feel while listening to these pieces?

There’s hope, mystery, danger, and unease, and my music goes across industrial lands, combat, and safe cities. Throughout I hope listeners feel my soundtrack is memorable and complements the brilliant work of The Repopulation team.

Do you have a favorite story from your time with this project?

Besides being featured on Massively? I think just being involved on this game is my favorite story — I really mean that. With each month’s update, the game gets bigger and better, and I can’t wait to play the final version myself. JC and Josh in particular have done a great job, and I hope you all enjoy my in-game soundtrack too. It’s great to be part of it.